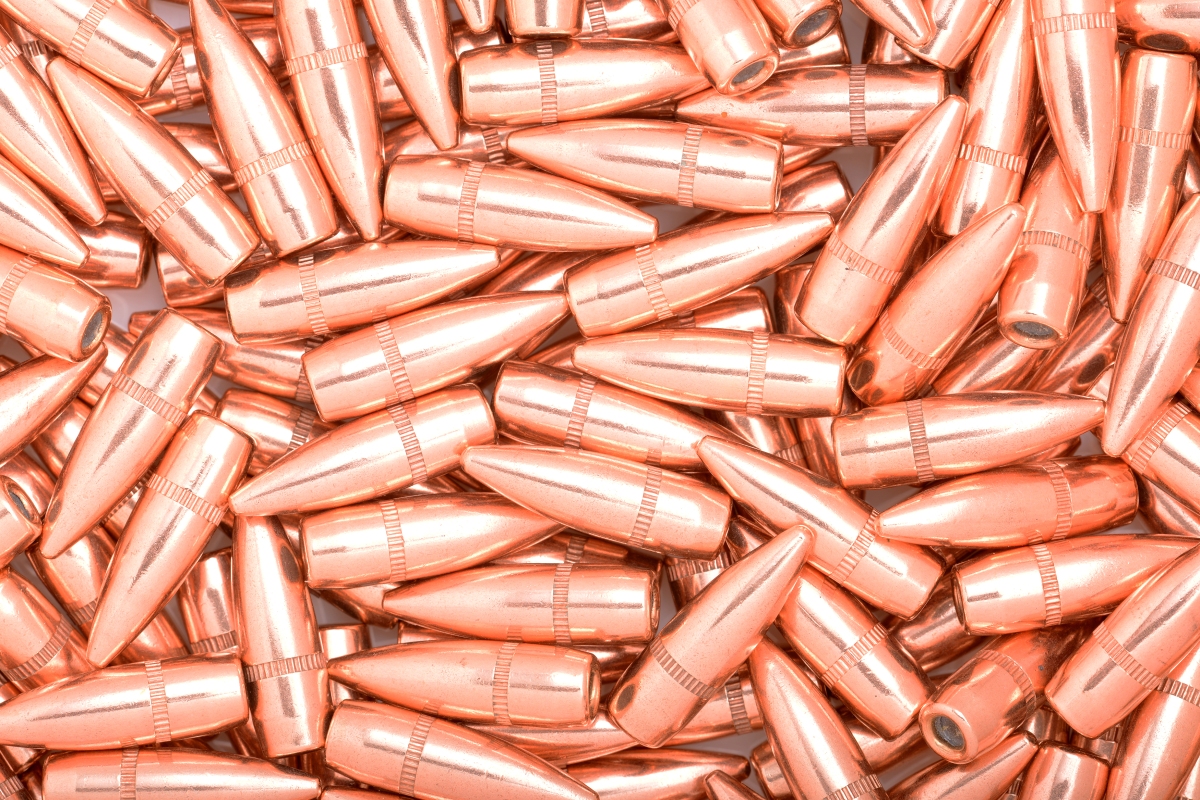 It’s happened again. The horrific violence in Orlando is at least the 133rd mass shooting of 2016, and the 998th since Sandy Hook in 2012–a moment in history when any reasonable person would have thought: surely the slaughter of twenty kids and their six teachers will change gun policy in America. Nope. In fact, the tragedy at Pulse in Orlando is now the deadliest mass shooting in US history. They seem to be only getting worse.

There’s reason to worry that the frequency of mass shootings and the absence of any gun policy change are making us desensitized to gun violence. These kinds of tragedies in the age of social media have a very short half-life of attention. In a few weeks, will you still be mourning the victims in Orlando and clamoring for changes to gun laws in America? Will I?

Maybe instead of losing the forest for the trees with the particulars of each shooting as they happen–the number of casualties, the religion and mental state of the shooter–we need to ask more poignant, all-encompassing, difficult questions. A question like:

If we’re objective and honest, nobody needs one. There are many people who want one–recreational hunters, for example. But no regular citizen of the United States needs–fundamentally, unequivocally–to possess a firearm. If you disagree, ask yourself why?

What exactly do you expect to happen that necessitates owning your own firearm? Hunting for meals? Someone trying to murder you in your home? Self-defense against a suddenly tyrannical US government?

How likely are those scenarios to happen?

The reality is that today, no one needs to hunt for their meals. We are thoroughly civilized and consumerized by the likes of superstores, farmers’ markets, convenience stores, and restaurants. They all are regularly supplied by reliable food production systems that ensure that even the family mart in Quaint Town, USA, has some organic meat and produce available. Even those who hunt primarily “for the meat” only make up 35% of hunters–not even close to a majority. And it’s not clear that nowadays it costs less to hunt for meat–should someone declare that regular groceries are unaffordable. To be sure, a game meat like venison is absolutely delicious–I grew up in Wisconsin with the occasional family-hunted jerky, steaks, and sausage. But it’s not essential to survival. Just enjoyable when you can get it. And you could get it with weaponry other than a firearm. That’s not a need.

Nor does anyone need to own a gun in expectation of a home intruder. Statistically, it’s actually less safe if you do have a gun in the home. It’s much more likely a family member or close friend will be shot with it–domestic violence, suicide, or child-related accident–than a criminal intruder. Even if you are in the uncommon situation of an intruder in your home when you’re there, there’s a reasonable chance that: (1) the gun gets taken over from you; or (2) that you reactively shoot as soon as you see someone and discover it’s a person you know (that you may have been able to talk down), someone unarmed (and therefore not immediately life-threatening), or even someone innocently entering the house when you weren’t expecting it.

As for the so-called citizen militia scenario, let’s all simply recognize there is no modern Lexington and Concord to come. The United States today has a flawed, yet relatively stable democracy. Citizen paranoia is much more probable than violent state tyranny.

And if it is just a want, we better ask another question:

What does a gun do?

For too long, too many have gone along with the guns don’t kill people, people kill people cliche. But ask yourself: what is the purpose of a gun? What is its function? To have portable, quick-to-initiate, precise, lethal force, in a way that extends and amplifies the human physiological capacity for violence–like a punch or throwing a rock. In short, guns inherently wound and kill. You don’t use them as a replacement flower vase or to tie your shoes, because that’s not what they do.

It’s a relatively narrow and modern application to use them in an intentionally non-injurious way like target shooting. And, even so, there are surely less risky and intense hobbies than loading up a firearm and trying to rupture specific places on a stationary target or objects flying through the air–even though that may be a fun skills challenge or stress-relieving.

But what about freedom?

Indeed, the United States is a country wrapped in the necessity of that immensely powerful idea. “Life, liberty (i.e. freedom), and the pursuit of happiness,” are the DNA of this country. But freedom doesn’t mean everyone gets to do whatever they want. Each person in the United States surely should have freedom from violence–as much as people desire to have the freedom to buy many things they want. Needs are more vital than wants. And freedom from violence is unquestionably a need, whereas the freedom to own a firearm–a piece of technology that’s primary purpose is to wound and kill–is a want.

We should therefore question how that want can impinge and is impinging on freedom from violence. The terror in Orlando has given us a fresh reminder of that. The shooter was an American citizen–legally in the country–using a Sig Sauer MCX–a semi-automatic firearm legally purchased. The victims were innocently trying to enjoy their lives and pursue happiness.

Whatever the original intent of the Second Amendment, it doesn’t seem to fit the current era of guns and gun violence. And, in fact, Thomas Jefferson was mindful of such unforeseen times:

Existing gun policy is clearly “unadapted to the good of the nation”–to life, liberty, and the pursuit of happiness in 21st century America. It’s time to think outside the box–outside of dogma, partisanship, and prejudice–about real freedom, what guns are for, and who actually needs one. Too many innocent people have died or will be killed as we’ve maintained the status quo of lax laws to accommodate want.

Some of the best human things from the last seven days. Have a good week!

L’Oreal unveiled a UV patch that tells you your sun exposure and potential skin damage.

Do you understand the new dietary guidelines? Here’s a solid explanation.

How likely is it that a robot will take your job in the near future? An interesting chart.

Perhaps the gun legislation we need will come through the states.

Would a variable velocity gun help reduce the number of deaths?

Drone ride for one. The future of transportation? Would you ride it across town?

ICYMI: California has declared a state of emergency for its methane leak.

The science behind Brendan Dassey’s forced confession on Making a Murderer.

What’s the fastest way to defrost your car? 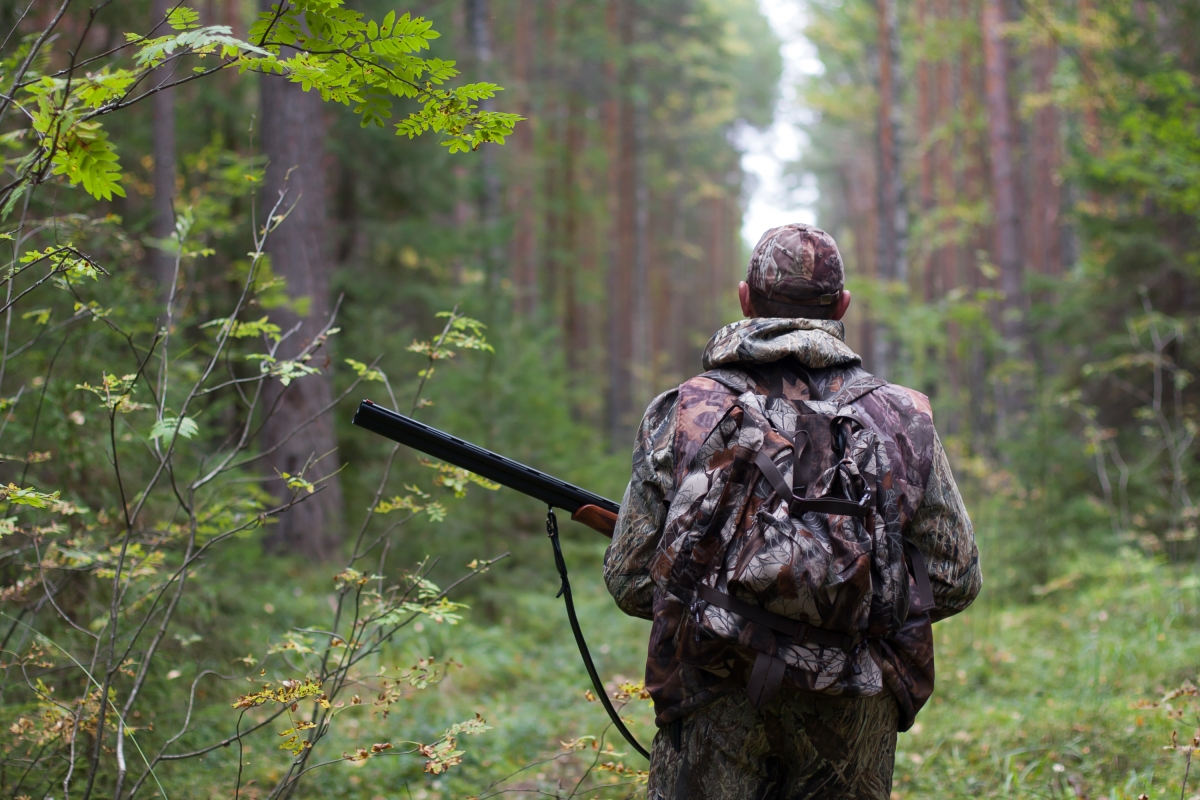 A thing is surely troubling when it brings the President to tears on live television. Undoubtedly, the widespread gun violence in America challenges the depths of our human sadness–no matter how you feel about guns in general. We think we’ve seen the worst, and then some new tragedy forces us into more grief and disbelief. In a speech to announce executive action on gun policy, and implore Congress for new legislation, recalling the Sandy Hook Elementary School shooting of 2012 that killed twenty children and six adult staff became the emotional tipping point for President Obama. The tears came rolling down his cheeks, and it wasn’t Bengay in his eyes. If ever a gun massacre would galvanize everyone to fix the problem, the shooting in Newtown should have been it. The murder of twenty children, and the six adults overseeing their budding lives, should have been the end of political inaction. It’s still hard to comprehend three years later.

Yet here we are at the start of 2016 with gun violence in America still to be reasonably addressed. Yet to be addressed at all, really. The executive action by President Obama is not completely meaningless. But as grade school taught us (and for non-Millennials, Schoolhouse Rock!), it is the legislative branch of the government that passes meaningful laws. And they’ve done an appalling job with guns so far–whether you’d prefer to talk about “gun rights” or “gun control.” In 2013, for example–just after Sandy Hook–an assault weapons ban and an amendment to expand background checks on gun purchases were passionately introduced, only to be later defeated in the Senate.

But perhaps even more depressing was the pervasive, antagonistic response to what amounts to a very minimal amount of change from the recent executive action. Before the Tuesday speech even happened, a number of conservatives and gun lobbyists were decrying the President’s effort as illegal, unconstitutional, power hungry, and more. It was reflexive in the worst kind of way. Rhetorically trigger-happy. Constructive conversation in Congress is dead, and now a possible small step forward can’t even be stated in the public square before it’s assaulted. The politicians and lobbyists barricading all progress, for violence incomparable to nearly any other developed country, really need to do some soul-searching.

Because we can’t fix this problem without them. If that’s you, we can’t fix it without you. People who already want new legislation don’t need to be persuaded. I’m preaching to the choir for many of you reading this. 86% of Americans favor a law requiring universal background checks for all gun purchases in the United States, with a centralized database across all 50 states. Statistically, if politicians were merely representing their constituents (as they’re supposed to do), 86 out of 100 Senators and over 370 Representatives in the House should get behind such a law. The only explanation at this point is that many of the politicians who make and vote for the laws that we need are the very obstruction to progress.

Is it because they’re evil incarnate, or dumb? I don’t think so. If anything, they’re probably too savvy. They’ve figured out how to appease special interest–the NRA most of all–and deflect public pressure at the same time. Complaining about constitutionality, legality, and the President’s supposed self-aggrandizing, makes it appear on the surface that a politician is working really hard for preserving a traditional version of America. But as Obama wondered in his executive action speech, “How did we get to the place where people think requiring a comprehensive background check means taking away people’s guns?” This is not about the 2nd Amendment–it’s about sensible policy for those guns so that possession doesn’t infringe on safety and freedom.

But if you shut down the conversation before it even starts, nothing’s ever going to change. We need a real conversation that includes everyone–gun collectors, hunters, victims of gun violence, academics, politicians, and even lobbyists if they’re willing to dialogue with reason and empathy. We need everyone to talk together about the guns, ammunition, and gun features like automation and magazine capacity that no citizen should possess. We need everyone to discuss the kinds of gaps that enable guns to be sold–legally or illegally–when they shouldn’t. We need everyone to have a thorough, thoughtful dialogue about the mental illness that should prevent some people from having a gun, and how to provide them with the support they need to get well. (Nearly ⅔ of gun deaths in America are suicides. Do most people even know that?) We need everyone together to have an honest conversation–not one-sided defiance–about whether more guns is actually a solution to current gun violence problems or not.

Everyone–you, me, them, us–needs to be part of the conversation, and solutions. The more anyone avoids it with rhetorical posturing, the more they appear complicit with the status quo. No one can possibly be OK with what’s happening now–no matter how much money they receive.